Gregor Townsend believes his Scotland side are ready to challenge England’s supremacy in the Six Nations after they threw down the gauntlet to Eddie Jones’ holders with a record-breaking 53-24 victory over Australia at Murrayfield. 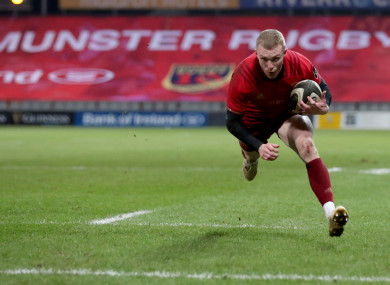 Scotland scored eight tries against the Wallabies, one more than England as they completed a clean sweep of their autumn campaign with a 48-14 victory over Samoa.
END_OF_DOCUMENT_TOKEN_TO_BE_REPLACED
Uncategorized
LiamOctober 17, 2014

Even though Scotland Rugby Team has lost after reaching the final stage in the Commonwealth games, they have had quite a bit of success on the European Cups. CalumMacRae, the new head coach said that from the start they have seen a point of view that is defensive and have worked accordingly as it was just the starting point and they needed to see where exactly the team was standing. Although it is nothing but a step in the correct direction, they still have miles to go and work on their performance.

Scotland under the supervision on MacRae will be facing the matches and in order to achieve success will be working harder on their performance. They will be working of the defense strategies first, then they will shift to improve their attacks. MacRae said that he wants to see the changes that he has implemented into the group in the next two upcoming seasons. He thinks that it is important to take part in every competition that will give the players experience and ranking. This decision was taken as a group after discussing the necessary points and this also gives a particular goal to the team to perform and this will be a challenge for the group.

Focusing on the performance goals is important as of now rather than wanting bigger goals as the team will go far if put to competitions. The team will perform better. Scotland team is ready to beat the top five teams in Queensland match and they will put their defense to full use in order to come out as the best team. All this will be under the former Stand-off of Glasgow Warriors Colin Gregory who was given the captaincy earlier this year by MacRae after the great performances in Manchester and Bucharest.

The Sale Sharks rugby team received a major setback as their captain Dan Braid was ruled out of the upcoming season with a knee injury. The New Zealand international star had to sit out for the final matches of his team against the Leicester Tigers and London Irish as two operations were conducted on his knees. Steve Diamond, the Director of rugby for Sale Sharks was ready to admit that his team surely missed the leadership qualities of their star performer who is ever ready to put his body on the line. The Sharks failed to consolidate eon their previous wins and slipped in the table standings owing to their disappointing performances in the final matches.

The silver lining to their campaign was provided by their 26 year old Danny Cipriani who was recalled for the England national squad. Cipriani has been outstanding in his 18 outings this season whereby he recorded 5 tries, 33 cons, 31 penalties and 2 drops with a personal total of 190 points as a player. Even though Cipriani’s career has been plagued by injuries, inconsistency and off the field distractions he seems to be at the top of his game and people like Diamond have insisted on the fact that Cipriani provides a new dimension to the game of the team he plays for. New players who have joined the Sale Sharks include Italian International Luke Maclean who will be replacing Rob Miller leaving for Wasps. He is also joined by the likes of Darren Fearn from Bedford, Italian prop Alberto De Marchi and the Scottish duo of Chris Cusiter and Nathan Hines. The supporters at the AJ Bell stadium will be hoping for a much improved show as they will bank on the new and experienced players alike in a bid to their maiden title in many years.

Newcastle Falcons are in a bid to improve their performance ahead of their upcoming fixtures with a change in the composition of the team as well as the coaching staff. Former England half back Dave Walder has come in as the attacking coach replacing the outgoing coach Peter Russell. The Director of Rugby at Newcastle has promoted his former team mate as the forward coach from a part time kicking coach. A number of players have been involved in the team transfers as far as the Premiership clubs are concerned. This has been no different for the Falcons. They have signed the Italian International lock star Josh Furno from the French side Biarritz. Dave Richards, the Falcons director of rugby expressed his satisfaction at getting the all rounder in the ranks of the team while Furno has promised to put up his best performance for the team.

The signing of the three Samoa International players is going to be crucial as far as the performances of the Falcons are concerned. Alesana and Anitelea Tuilagi are the two brothers who shall be flowing in to Newcastle from NTT Shining Arcs and Newport Gwent Dragons. Both of them can play at centre and wing positions. The brothers have previous experience in the Premiership while playing for leading clubs like Leicester and Tigers. Kane Thompson was the other Samoa International joining the team from his New Zealand club about whom Richards sounded optimistic. These superstars shall add physicality and agility to the game of the Falcons that might prove crucial in the success of the team. A few days earlier Grant Shiells left the club for his new innings as a Bath player. The fans will hope that their former star will not be missed as they get to welcome their new heroes in the club.

Nick Easter has been told he still has an outside chance of making Stuart Lancaster’s England Rugby team for next summer’s Rugby World Cup on home soil.

Easter was the last England man to lift the Six Nations Championship for the country and although he has been out of the national team picture ever since Lancaster took charge of the side after the country’s disastrous performance in the 2011 edition of the event in New Zealand, Easter still has the chance of securing his place for the event at the ripe old age of 37 years.

The former England man remains a key player in the Harlequins FC side and was instrumental in the team’s success in the Aviva Premiership in 2012. He remains a key part of the plans of boss Conor O’Shea for the foreseeable future as well.

However, the 47 cap player has had to swallow several snubs from the England Rugby squad following 2011. But things could change dramatically for the notorious bad boy of English rugby, according to his club boss.

Conor O’Shea stated that Lancaster hasn’t completely rules Easter out of the reckoning for a place in the Rugby World Cup squad. He added that the team is keeping a close watch on his development and form and if he manages to maintain this form and if his presence is a must in the side, then he will not be overlooked for selection.

O’Shea also mentioned that Easter fears he will not be able to maintain his form till then but he has no doubt he can and he will make the England Rugby squad for next summer’s extravaganza.

According to the Harlequins FC boss, Easter is extremely driven and ambitious and these qualities will make him a key part of the England team.

Toby Flood, the skipper of the Aviva Premiership Rugby Football Union club and the reigning champions the Leicester Tigers has become the only players from the champions to lose his place in the newly formed Elite Player Squad for the England Rugby Team as announced by Stuart Lancaster, the national team boss in London.

The 28 year old is expected to sever his ties with Leicester this summer and move to France for a much more lucrative payday and with the policy of England not picking any players playing rugby overseas, finds his place taken over by his former protégé at the Tigers George Ford, who will replace him in the Elite Player Squad as Lancaster starts planning for the 2015 Rugby World Cup.

The England Rugby Team revealed that he had several meetings with Flood with the last couple of months as he tried to persuade him to change his mind about moving overseas and commit himself to England in order to be eligible for selection to the England team for the 2015 Rugby World Cup.

Lancaster revealed that he told Flood he would really love it if he stayed in England and played for England but admitted that the player had made a lifestyle choice and he has to respect his decision as well.

Elsewhere, all the other Leicester Tigers players including Geoff Parling, Manu Tuilagi, Tom and Ben Youngs as well as Dan Cole all kept their places in the Elite Player Squad, making them eligible for selection for the England Rugby Team.

The Tigers provide the bulk of the players for the England national team alongside the likes of Harlequins FC and Saracens FC and with the loss of Flood, England will face an uphill task in the competition where he has a lot of experience.